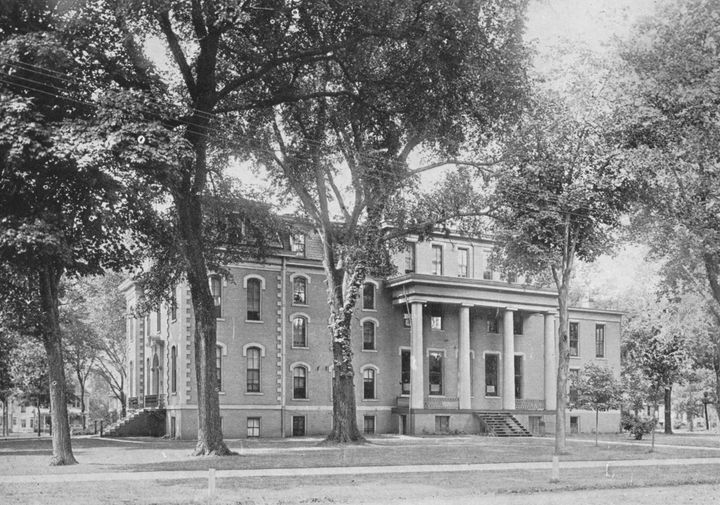 The Jacksonville Female Academy is said to be the first women’s school for secondary education in Illinois.

Anne Rutledge, the purported love interest of Abraham Lincoln, was making plans to attend the Jacksonville Female Academy when she died in 1835.

If Rutledge had not succumbed to typhoid fever, she most likely would have attended classes in the new Female Academy building that had been constructed on the corner of West Morgan and South Church streets. The Photo is most likely taken in the early 1900s.

The Female Academy opened its doors in 1833. The Rev. John Ellis, a Presbyterian minister who helped establish Illinois College in 1829, also had a hand in founding the Female Academy.

Before Academy Hall was demolished in 1936, some Jacksonville residents called for its preservation, in view of the role the academy played in Illinois and the Midwest. “The influence of the school and its graduates was widespread. It is with full realization of its history and traditions that Jacksonville will watch (the building) go, as Jacksonville more than 100 years ago saw its beginning.”

Read more in “The Way We Were: Volume II” by Greg Olson, and published by the Morgan County Historical Society.